2021 Nation Builder of the Year Award

2021 Nation Builder of the Year Award The Empire Club of Canada is proud to announce the 2021 Nation Builder of the Year Award is awarded to Chief Perry Bellegarde, First Nations leader and human rights advocate at a special virtual event on December 9, 2021.

Chief Bellegarde is a former National Chief of the Assembly of First Nations with a record of achievement built over 35 years in First Nations leadership and advocacy for Indigenous rights, human rights, and building bridges within Canada and globally.

The award comes as Chief Perry Bellegarde completed his second term as National Chief of the Assembly of First Nations in July of this year, a term that was capped off by his leadership of the federal parliament’s passage into law of the United Nations Declaration on the Rights of Indigenous Peoples Act, foundational to reconciliation.

His stellar record shows his unwavering belief in processes that unite rather than divide, as one who builds people up, and whose work has contributed to Canada being a stronger nation through his steadfast advocacy of First Nations’ and Indigenous Peoples’ rights and priorities.

As part of the event program, the Empire Club announced an exciting contribution to the Perry Bellegarde Leadership Scholarship at the First Nations University of Canada. 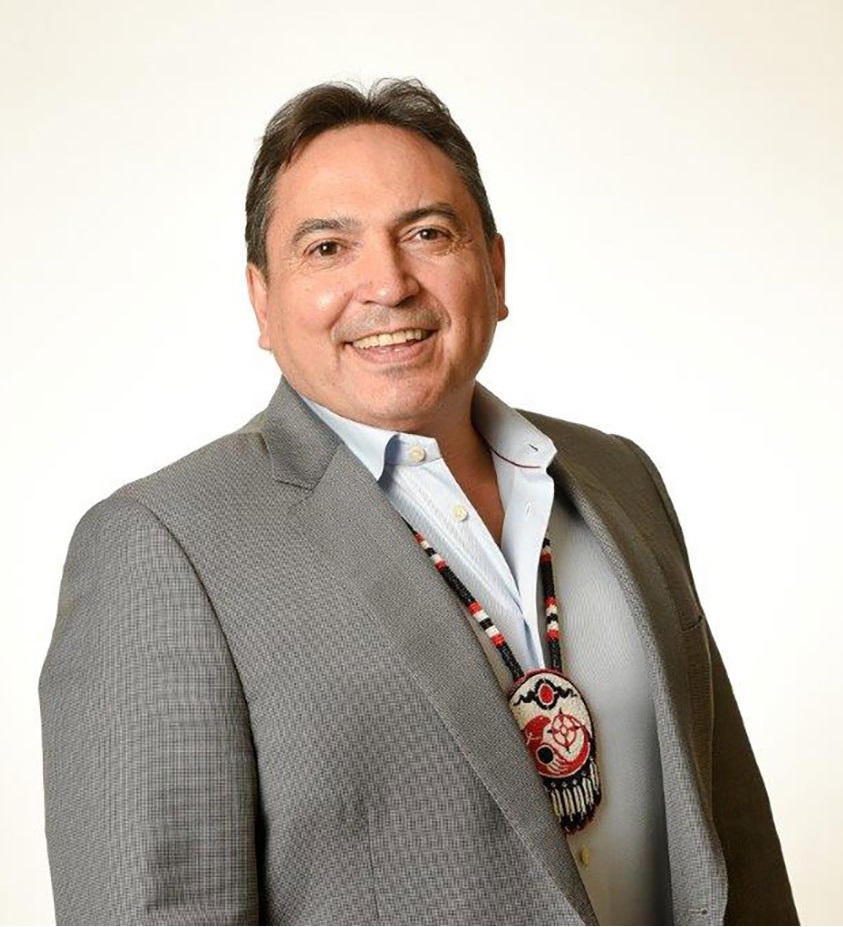 Perry Bellegarde is a First Nations Leader and Advocate. He has dedicated his adult life to advancing the rights and well-being of First Nations across Canada. He was elected as the
National Chief of the Assembly of First Nations (AFN) in December of 2014, and re-elected in 2018. The AFN advocates on behalf of the more than 634 First Nations in Canada.

National Chief Bellegarde is a member of Little Black Bear First Nation east of Fort Qu’Appelle, SK, where he served as elected Councillor from 2007 to 2010 and later as elected Chief from 2010 to 2012. He is acknowledged by various Chiefs and Elders across Canada who have adopted him as their son. He honours their teachings as he works toward a more just and inclusive Canada that upholds the inherent rights of Indigenous peoples and the original spirit and intent of the Treaties.

Closing the Gap ended a 20-year-long federal cap on First Nations funding and resulted in investments of more than $45 billion over the last six federal budgets. Of this, $3.3 billion is committed to on-reserve education, and $1.4 billion to child welfare. 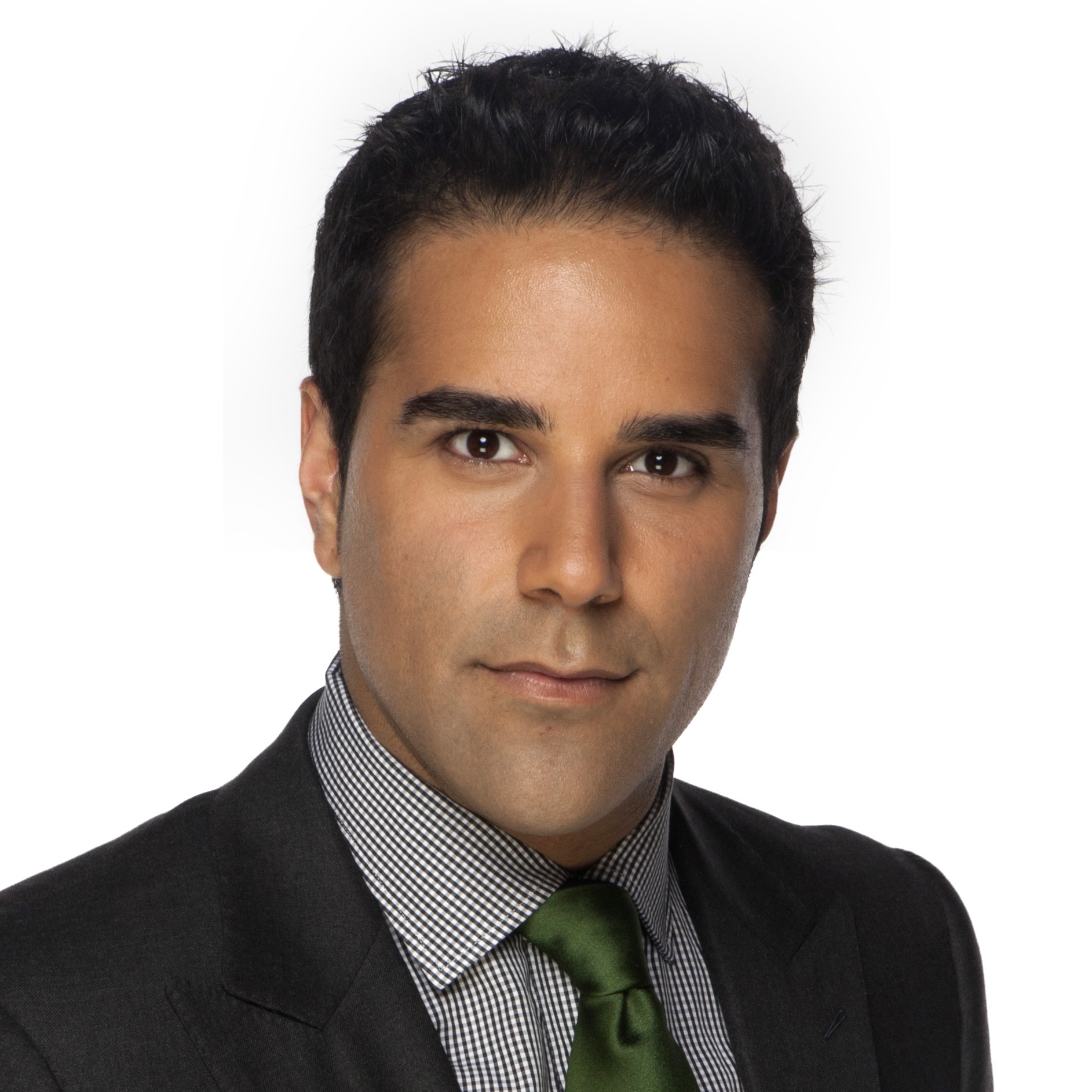 Omar Sachedina is the National Affairs Correspondent for CTV NATIONAL NEWS, covering significant breaking news stories unfolding across the country and around the world. He also serves as a fill-in anchor on CTV NATIONAL NEWS.

Sachedina first joined CTV NATIONAL NEWS as a correspondent in Toronto in 2009 and moved to the Ottawa News Bureau in 2013 before assuming his current role in 2019.

During his tenure in CTV’s Parliamentary Bureau, Sachedina filed frequent reports from Parliament Hill and the National Capital Region, and travelled with the Prime Minister to cover international summits and conferences. He also served as a fill-in host on CTV News Channel’s daily marquee political program POWER PLAY. Part of CTV News’ 2015 and 2019 Federal Election team, Sachedina reported from the campaign trail from coast-to-coast-to-coast.

In 2019, Sachedina was on the ground for many international news stories including reporting from Columbia-Venezuela border for the Venezuela political power struggle between Nicolas Maduro and Juan Guaido, the network’s Canadian Screen Award-winning coverage of D-Day’s 75th Anniversary in Normandy, France, and the Pro-Democracy Protest in Hong Kong. For his outstanding coverage, he was nominated for Best National News Reporter at the 2020 Canadian Screen Awards, and was part of the CTV News team that captured the 2020 RTDNA Canada Ron Laidlaw Award for continuing coverage of Canada’s opioid crisis.

Sachedina was recognized by the Canadian Association of Journalists with a nomination for a Daily Excellence award for his coverage of the 2018 Indonesian earthquake and tsunami. In August 2017, Sachedina travelled to the heart of the fabled Northwest Passage aboard a former Canadian ice breaker, where he filed television reports and blog posts from the technologically-connected vessel. The journey was captured in an hour-long feature for CTV’s W5. In July 2017, he had an exclusive sit-down with Bank of Canada Governor Stephen Poloz to discuss the decision to increase interest rates for the first time in nearly seven years.

Sachedina was also part of the CTV News team covering the Rio 2016 Olympic Games, where he interviewed Governor General David Johnston, and delivered a piece on a Canadian teacher who set up a music school in a favela. For this story, Sachedina and his cameraman and editor, Marc d’Amours, were honoured with an Edward R. Murrow Award by the RTDNA.

Sachedina’s breaking news assignments have included the November 2017 church massacre in Texas and the January 2017 mosque shooting in Québec City. He also covered the tragic mass shooting at Sandy Hook Elementary School in Newtown, Conn., the Boston Marathon Bombings, and the mass murder of 77 people at a youth camp in Norway.

While based in Toronto, Sachedina covered the Royal Wedding of Prince William and Kate Middleton in April 2011. Previously, he served as a reporter and anchor at CP24, Toronto’s source for breaking news.

Born in Vancouver to parents of Indian descent from Uganda, Sachedina travelled to Uganda in 2005 to produce an online documentary while on a PBS Frontline Fellowship.

Sachedina was the recipient of the 2010 RTNDA Canada President’s Fellowship. He has a degree in Political Science from McGill University, a Masters in Journalism from Columbia University, and is a graduate of The Poynter Institute in St. Petersburg, Fla.

He speaks French, Gujarati, and Kutchi. He enjoys travelling, music, and sampling food from around the world.