2022 Nation Builder of the Year Award

2022 Nation Builder of the Year Award The Empire Club of Canada Presents:
2022 Nation Builder of the Year

The Nation Builder of the Year award recognizes Canadians who have made a positive, timely and lasting contribution to Canadian Society and are inspiring role models for Canadians.

The Empire Club of Canada is proud to announce the recipient of the 2022 Nation Builder of the Year Award is Dr. Hayley Wickenheiser, Canadian Olympic Ice Hockey Player, Assistant General Manager of the Toronto Maple Leafs, and Resident Physician.

Dr. Hayley Wickenheiser is best known as one of Canada’s most accomplished hockey players and Olympians. As a consummate professional who unapologetically follows her passion, Hayley most recently shattered a glass ceiling for future generations when she became the first woman named Assistant GM of the Toronto Maple Leafs. Her dedication to the community as a medical professional throughout the COVID-19 pandemic and her advocacy for supporting access to sports for young Canadians are exemplary. Join us in celebrating with our partners in recognizing this year’s award winner. 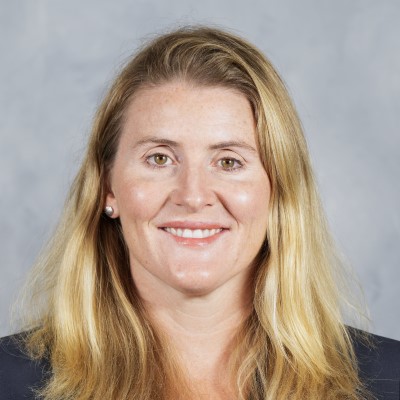 The Shaunavon, Saskatchewan native became the youngest member chosen from the Canadian Women’s National team when she was 15. Her Olympic career spanned 23 years, with five Olympic medals and two sports. In 2014 she was Canada’s official flag bearer, and she now serves on the IOC Athletes Commission and is the Vice Chair of the Calgary 2026 Bid Committee.

Throughout her decorated playing career, Wickenheiser captured seven World Championships and was inducted into the Hockey Hall of Fame on November 18, 2019, and the IIHF Hall of Fame on May 26, 2019.

She Founded the Canadian Tire Wickenheiser Female World Hockey Festival or WickFest. Now in its tenth year, the event hosts over 1,500 female hockey players from around the world in Calgary and Surrey, giving girls access to hockey skill development and educational sessions on and off the ice.