The Journey to Net Zero through Advanced Manufacturing

The Journey to Net Zero through Advanced Manufacturing The Empire Club of Canada Presents:
The Journey to Net Zero through Advanced Manufacturing

In February 2021, the Government of Canada made a commitment to move to net-zero emissions by 2050. In November, the world gathered in Glasgow for COP26, which ended with major commitments from Canada including an enhanced target of reducing GHG emissions by 40 percent to 45 percent from 2005 levels by 2030.

In order to achieve these ambitious targets, Canada must accelerate the decarbonization of its industries, including manufacturing and other energy intensive sectors. There needs to be coordinated efforts from across the ecosystem to develop, de-risk, and strategically integrate commercially viable solutions that are manageable and cost-effective for industry.

With the convergence of a world-class innovation ecosystem with a robust manufacturing footprint and service sector, Canada is well positioned, on both the supply and demand side, to catalyze new partnerships and help industry adopt innovative solutions to meet its GHG emission targets and become leading low-carbon competitors on the global stage. Canada is also home to a disproportionately high number of top-100 global clean technology companies. From carbon capture utilization and storage (CCUS) technologies, to solutions that use biomass as feedstock or fuel, opportunities are ripe for Canadian industry to collaborate with domestic innovators.

The Empire Club panel brings together leading industry voices in Canada to discuss the opportunities and challenges to accelerate industrial decarbonization in Canada through advanced manufacturing and clean technologies – from both the manufacturer and technology developer’s perspectives. 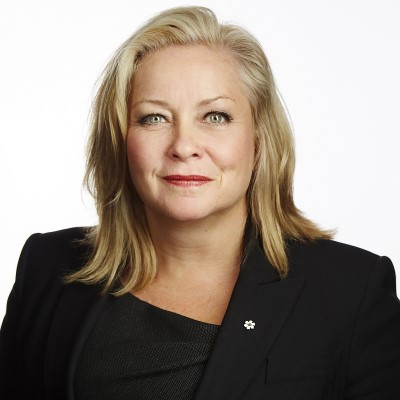 Executive Chairman of the Board & CEO, Linamar Corporation

Linda Hasenfratz is the Executive Chairman and Chief Executive Officer of Linamar Corporation. Linamar Corporation (TSX:LNR) is an advanced manufacturing company where the intersection of leading-edge technology and deep manufacturing expertise is creating solutions that power vehicles, motion, work and lives for the future. The Company is made up of two operating segments – the Industrial segment and the Mobility segment, both global leaders in manufacturing solutions and world-class developers of highly engineered products. The Industrial segment is comprised of Skyjack and MacDon. Skyjack manufactures scissor, boom and telehandler lifts for the aerial work platform industry. MacDon manufactures combine draper headers and self-propelled windrowers for the agricultural harvesting industry. The Mobility segment is subdivided into three regional groups: North America, Europe and Asia Pacific. Within the Mobility segment, the regional groups are vertically integrated operations combining expertise in light metal casting, forging, machining and assembly for both the global electrified and traditionally powered vehicle markets. The Mobility segment products are focused on both components and systems for new energy powertrains, body and chassis, driveline, engine and transmission systems of these vehicles. In addition to the recently formed eLIN Product Solutions Group that focuses on Electrification, McLaren Engineering provides design, development, and testing services for the Mobility segment. Linamar has 26,000 employees in 60 manufacturing locations, 12 R&D centres and 25 sales offices in 17 countries in North and South America, Europe and Asia which generated sales of $7.4 billion in 2019.

Hasenfratz’ enthusiasm for the arts prompted her to join the Board of Governors of the Royal Ontario Museum in 2002. In 2012 Hasenfratz became the inaugural Chair of the Philanthropy Leadership Cabinet of the Guelph General Hospital. Involvement in charitable organizations continues to be an important focus for her.

Hasenfratz has also sat on the Board of Advisors for Catalyst Canada since 2003. In February 2017 Hasenfratz was announced as the Canadian Chair of the Canada-United States Council for Advancement of Women Entrepreneurs and Business Leaders. Hasenfratz’ desire to see women progress in business to the top level of industry prompted her to participate in these two key initiatives.

Strengthening her position as a Canadian and Global leader, Ms. Hasenfratz was appointed to the CIBC Board of Directors in 2004 and retired from the board in April 2020. She was Canadian Chair of the North American Competitiveness Council in 2008, a trilateral group of executives from Canada, the US and Mexico convened by the countries’ Leaders to debate and advise on key recommendations regarding enhancement of the NAFTA region. Hasenfratz became a member of the Board of the Business Council of Canada (formerly the Canadian Council of Chief Executives) in 2010 and was Chair from 2016 to 2018. Her contribution to this important policy and advisory group has assisted her in developing relationships and advancing ideas to key business and government leaders. In December 2018, Ms. Hasenfratz was appointed to the board of the Association of Equipment Manufactueres (AEM). The Californaiz Mobility Center appointed Ms. Hasenfratz to their board in November 2021.

Ms. Hasenfratz was named the Canadian Outstanding CEO in November 2018 and was also made a member of the Order of Canada in December of the same year.

In recognition of her and Linamar’s support and focus on international growth Hasenfratz has received 2 international honours. The French Government honoured Hasenfratz in June of 2015 with the Chevalier dans l’Ordre National de la Légion d’Honneur, one of the highest honours bestowed upon a non-civilian in France. In October 2016 Hasenfratz was honoured by the Hungarian government and was awarded the Knight’s Cross of the Order of Merit of Hungary.

Ms. Hasenfratz supports one of Linamar’s key industries, the automotive industry, through her appointment as the first female director to the Faurecia Board of Directors, a French automotive supplier, in 2011 and retired from the board in May 2021. Hasenfratz has been named one of the Automotive News 100 Leading Women in each year of its publication in 2000, 2005, 2010, 2015 and 2020. 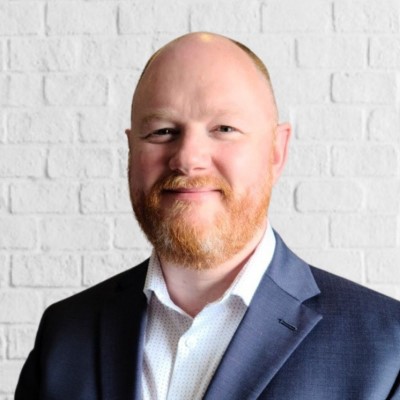 John joined NGen from the UK, where he was responsible for setting the strategies and running the UK’s R&D programs in automotive, aerospace, and intelligent mobility, worth more than $8.5 billion.
John held engineering positions at Ford and then Visteon working with Honda, Mazda, Toyota, Suzuki, and Volvo. In 2007 he joined London Underground, where his brief was to deliver part of the Olympic Transport Strategy for the London 2012 games.

He founded Appleseed Solutions, where he helped businesses across the transport sector achieve sustainable business growth. He wrote the UK Automotive Council’s strategic roadmap – Towards 2040: A guide to Automotive Propulsion Technologies, and was the architect behind Nesta’s Drone Flying High Challenge. He set up Zenzic, a not-for-profit, which set the investment strategy in the connected and autonomous vehicles sector along with the UK government. 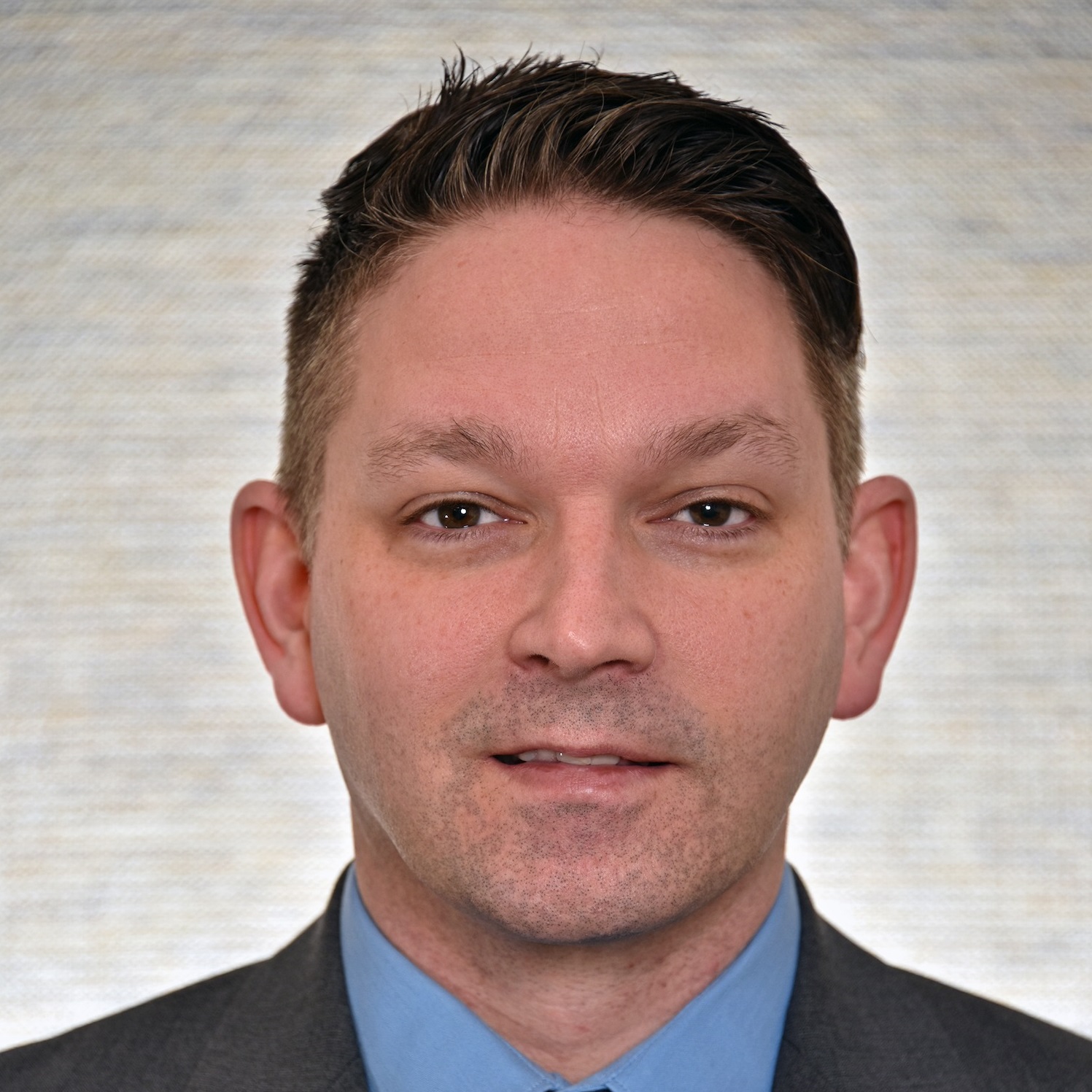 Prior to assuming this position, Mr. Mackenzie has held various positions in both technical and administrative roles across the company.

Mr. Mackenzie joined Toyota in 1999 in Manufacturing Operations, before moving to a position in Quality Control. Since then, he has held roles in Technical Purchasing (Supply Chain Development), Corporate Strategy and Planning, and Government Affairs.

He is now responsible for all External Affairs functions for both TMMC and TCI, including Government Affairs, Regulatory Affairs, Public Relations, and Corporate Communications. His role in Government Affairs has seen him at the frontline of several key policy negotiations, most notably as a trusted advisor to the Federal Government on its successful negotiation of the USMCA.

Scott was born and raised in Kitchener, educated at the University of Waterloo, and now resides in Waterloo with his wife and two children 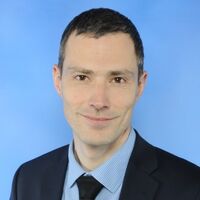 Kiril Mugerman is a well-travelled young entrepreneur that grew up in 4 countries and speaks 5 languages. In 2001 he settled in Montreal, Quebec where he received a bachelor’s degree with Honors in Earth and Planetary Sciences and Geology from McGill University. In 2008, he joined Gold Fields, the 4th largest gold producer at the time, to work on advanced stage exploration projects internationally including West Africa, central Asia and Latin America. In 2011, he returned to Montreal to join Industrial Alliance Securities as a mining analyst in the industrial minerals sector focusing on rare earth elements, graphite and potash.

In 2014, Mr. Mugerman joined Geomega and in 2015, he was nominated President and CEO to transition towards a mining & technology company. In March 2017, as part of the restructuring process, Mr. Mugerman created Kintavar Exploration to conduct exploration activities for non-rare earth assets that were previously owned by Geomega. Since then, Mr. Mugerman and his team have been advancing R&D in the critical and strategic metals in Quebec, especially focusing on rare earths recycling, valorization of bauxite residues from aluminum production and reagent recycling.