Critical Race Theory: The Case For Evaluating What We “Know” and How We Teach”

Critical Race Theory: The Case For Evaluating What We “Know” and How We Teach”

The Case For Evaluating What We “Know” and How We Teach” Kearie Daniel is a senior non-profit leader, community advocate, communications strategist and thought leader in the area of Black motherhood.

Kearie has over 20 years of experience leading strategic initiatives across multiple sectors including healthcare, where she was responsible for the implementation of a communications strategy for a number of initiatives including an Electronic Pathway Solution for Diagnostic Assessment Programs, ensuring that cancer patients were supported on their cancer journey pathway. Kearie’s experience in the non-profit sector includes non-profit leadership and communications and government relations.

The non-profit sector. In the child welfare sector, Kearie led communications and community engagement for Phase II of the One Vision One Voice community initiative to address the overrepresentation of Black children in the child welfare system, at the Ontario Association of Children’s Aid Societies.

As the co-founder and inaugural Executive Director of Parents of Black Children, one of the fastest growing non-profits in Ontario, Kearie has spearheaded and created the organization’s strategic vision, mandate and approach. Leveraging her experience with systems navigation in the cancer care and child welfare system to implement the methodology in support of Black families engaged within the education system, changing the landscape and formalizing the historic practice of Black community advocacy within the education sector. Kearie also considers herself a ‘learning futurist’, challenging existing educational pedagogy and encouraging education leaders to re-imagine education design. In this capacity, Kearie also conceptualized and led the development of PoBC’s Omo Africentric Campus, the first Africentric virtual campus in Canada accessible for Black children and families- offering an alternative, reimagining of how electronic platforms can be utilized in the education space..

In addition to her work within non-profit leadership, Kearie has anchored her career as a thought leader and writer on issues of race, motherhood and education. With a Master’s degree in Broadcast Journalism and a Bachelor’s in Mass Communications, Kearie Kearie began her career as a Journalist working as a freelance associate producer and assignment editor for NBC News, London Bureau. 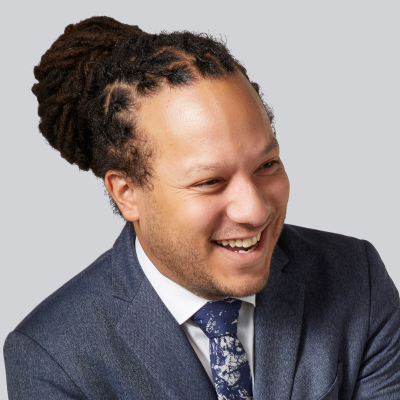 Joshua Sealy-Harrington is a passionate teacher, scholar, and advocate.

As an Assistant Professor at the Lincoln Alexander School of Law at Toronto Metropolitan University, Professor Sealy-Harrington teaches about criminal punishment, legal theory, and social change. He is the faculty advisor for the Gale Cup moot team and the Black Law Students’ Association, as well as the annual moot problem drafter for the Julius Alexander Isaac Moot, Canada’s critical race theory mooting competition. He received an excellence in teaching award from the University of Ottawa, where he previously taught “Race, Racism and the Law” and a dedication award from the Black Law Students’ Association for his volunteer support of the Isaac Moot.

As a doctoral candidate at Columbia Law School, Professor Sealy-Harrington draws on critical race theory to explore the ways in which law mediates social hierarchy, with a particular focus on the promise and limitations of “identity” rhetoric in legal discourse and advocacy concerning race, gender, sexuality, disability, and class.

As counsel at Power Law, Professor Sealy-Harrington strategically mobilizes criminal and constitutional law to advance the interests of marginalized communities. He has litigation experience before all levels of court, including as lead counsel before the Supreme Court of Canada. And a majority of his practice involves pro and low bono work for non-profit organizations promoting human rights and social justice, both in Canada and abroad.

Professor Sealy-Harrington’s writing has been published in various law journals, The Globe and Mail, Newsweek, and The Walrus. And his legal scholarship has been cited by various tribunals, including the Federal Court, the Federal Court of Appeal, and the Supreme Court of Canada. He is also a frequent media commentator, whose analysis has been featured on CBC News and CTV News. And he often presents to government, academic, and private institutions on critical race theory and racial justice, including the Department of Justice, the National Judicial Institute, the Ministry of the Attorney General, the Criminal Lawyers’ Association, and The Advocates’ Society. He is most passionate, though, about speaking with equity-seeking groups, including the Black Law Students Association of Canada, the Indigenous Bar Association, the Federation of Asian Canadian Lawyers, and the Canadian Hispanic Bar Association.
Before joining the academy, Professor Sealy-Harrington completed three judicial clerkships—two at the Supreme Court of Canada (for Justice Clément Gascon) and one at the Federal Court (for Justice Donald J. Rennie, now of the Federal Court of Appeal). 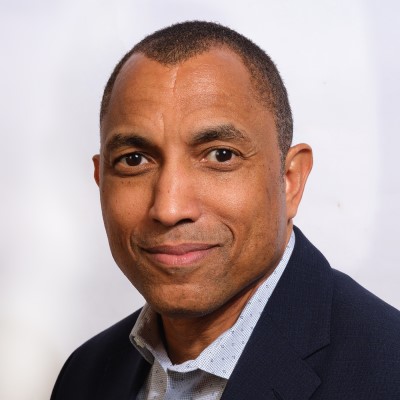 Craig Wellington is the Executive Director of the Black Opportunity Fund, which aims to establish a sustainable pool of long-term funding to promote social and economic empowerment in Canada’s Black communities. Wellington has held progressive leadership positions in not for profit organizations for almost 3 years, with extensive experience working in partnership with corporations, educational institutions, and all 3 levels of government.

Craig is an experienced Diversity Equity & Inclusion consultant helping organizations in Canada and the US to develop impactful DE & I strategies. He was recently a member of the Toronto Chief of Police’s Black Community Consultative Committee, is a current member of the City of Mississauga’s Mayor’s Black Caucus, and an advisory board member of the Black Community Action Network of Peel Region (BCAN).

Thank You To Our Sponsors